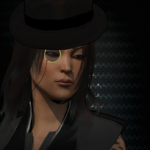 Mizhir hasn't added any friends yet.

Video has been released.

Suppose I could chip in.

Death to all ponies!

"STFU TELE" is in need of someone to take on the role of Target Caller during matches.

I guess you want me to talk about some spaceship violence.

Are NoHo gonna sing you a birthday song?

Medium neuts can reach out to full scram range. So you might even get to nuke the cap of the frig, if it was already been using alot of cap on mwd, before it manages to scram you.

The only situation where a small neut would be better is if the frig as a NOS or cap booster, but even then it might take some time before it even gets to feel the neut pressure.

Well, it has been a while since I have flown in RvB but it appears that the meta has moved from everyone flying overtanked mallers to people actually flying proper ships. (Don't take me wrong, the maller is still a great ship, but overtanking your maller is mostly a selfish douche move where people care more about their wallet than the fleet they fly in).

The problem with amarr is the fact that amarr rarely can shieldtank. So focusing on amarr will give you problems if shieldfleets are mostly used. However there are still some amarr ships that can shieldtank and do it well if used correctly (I will get to that later). CCP has done a really good job in rebalancing ships and they have allowed small cheap ships to be really good in support roles. Rather than flying around in a punisher and tackling stuff that already is tackled you can train up tracking disrupters, get a crucifier and mess up enemy turret ships. A crucifier's main defense is range and speed so it doesn't matter if the fleet is armor or shield. An executioner can also be a great support ship as a fast mwd tackler that you can use to catch enemy targets that doesn't want to be cought. They can be both armor and shield tanked (or honor tanked) depending on what you need.

Moving on the cruisers then all 4 amarr cruisers can be solid ships. Maller and omen are the backbone of their damage ships with the maller being the sturdy slow ship and the omen the faster, squishier ship with more dps. Omens can also be shield tanked and act as great antifrig platforms (Scorch is lovely to burn down frigs at range if you give your ship a few heatsinks and tracking enhancers). The arbitrator has a TD support role like the crucifier but also decent combat capability. Hammerheads and Valkyries are great to do damage against cruisers and frigates that has been webbed and warriers can chase down and kill fast mwd frigs. Since the arbitrator relies on drones for dps you can use some of the highs for neuts. Arbitrators are mostly armor tanked but I do have an experimental shield fit that is built to support fast nano gangs (mail me if you are interested).

The augoror is the t1 cruiser logi for amarr and is a really great ship imo and if you liked your guardian you should definitely get some agurors for RvB fleets. Since you have already run incursions I assume you are familiar with how logis and capchaining works, otherwise there are some posts here on the RvB forum, both by Clio, I and some other ppl, that explains it well. What I really like about the augoror is the 3 mids. While you use your lowslots for tank and your highslots for reppers and captransfers you got 2 mids for anti ewar (the 3rd one being an AB ofc) which allows you to get either 2 Sebos (thus becomming nearly damp immune) or 2 ECCM (making you extremely hard to jam, probably irrelevant for RvB) or 1 of each giving you a wide resistance against ewar. Another option is a small cap booster you can use if you get neuted hard. And remember, good logi pilots are often what wins you the battle and hearing ppl saying "thank you" for saving their ship never gets old

If you want to crosstrain then gallente is a solid choice, their ships are really great and shines both as armor and shield ships. You can also benefit from many of the skills you have trained for amarr: Turret skills, armor skills, drone skills and ofc all the support skills. However if you want to fly logis alot then it is a good idea to pick minmatar or caldari which allows you to fly shield logis as well (I would most likely suggest minmatar as they rely less on missiles which you probably dont have trained high).

And lastly, I heavily disagree with Ayeipsia regarding autocannons on amarr ships (except amarr droneships). The autocannon amarrships are from the past where some of the amarrships didn't have a damage bonus to lasers. These days you will give up too much damage if you fit autocannons.

Will it be limited to chars in RvB?

Will it be streamed and will there be need of commentators?

Will it take place on TQ or Sisi?

By logistic cruiser, you mean the t1 ones, right? And will logistics frigs be able to fit reppers?

The rule about 1 local repair module gives shield ships an advantage. For an active tanked shield ship you usually run with 1 shield booster. While armour ships run with 2 or 3 armour repairers.

You should allow faction cruisers imo. Atleast the navy faction ones. Points should be around 13 for them.

As Daneel says, find a way to ban tinkers.

In the alliance tournaments they do not allow t2 rigs. Why are they allowed here in a tournament designed for low costs?

I was once member of a provi bloc alliance.

It almost made me quit the game.

Looks a lot more "tame", compared to that ball of grump on shoutbox/forums~

#110513 A Noobish Question Regarding Targeting Scripts

An AB will be too slow and you will be easy to catch.

#110481 A Noobish Question Regarding Targeting Scripts

They will not cancel each other out.

But you will most likely not need a scanres senso booster on a corax. You can fit a target painter instead, which will increase your damage to the target.

This ishkur will mimic the Tristan: