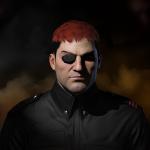 had to leave about an hour and a half in, but was fun flying logi with the crew again

Sent from my SM-G386W using Tapatalk

yea can confirm, i highly recommend it.

Woah, never thought id see the day...... actually scratch that. i did see it coming. This place has always been held together by a few giants working tirelessly in the shadows, so no surprise they've finally had enough.

To those tireless visionaries i say: job well done, under your stewardship RvB flourished to heights that were unimaginable at its conception. You defined an era of eve online for thousands of people. Under your care RvB grew to be one of the most respected organizations in eve. You brought us out of the obscurity of the early years to being real contenders in the AT and having a sprawling POCO empire. You developed innovative pilot welfare programs, organized and lead hundreds of novel events, and most of all you made eve fun and gave hundreds if not thousands a place to call home.

I salute you RvB command, and feel privileged to have been welcomed among your ranks as a peer if only for a short time and i thank you for the almost 4 years of memories that will stay with me forever.

As for the future..... Ive moved on, i seek my fortune among the stars but every once in a while i feel the call of Red HQ, and i remember that my home is, and always will be, RvB. Perhaps the future of RvB is not so grim and someone worthy will take up the mantle of responsibility of running RvB, nevertheless, they will only do so by standing on the shoulders of the giants that came before them.

Acolytes pretty much are the go to fast light drone, now. People still use warriors for two reasons 1. They still own massive stacks of warriors ( as i do) from when warriors were the go-to light drone pre acolyte buff. 2. They expect to fight very quick oppenents, which is pretty niche.
I dont think resistance profiles play that big of a part in drone pvp given how you can only hold a very limited selection of them even with drone boats.
And yeah hobs are still the dps go-to and hornets are still by and large garbage for pvp

I logged in last morning to a guy named "ss fuhrer" playing nothing but hitler speachs. Besides that tho its be awesome

Cool. I have a business dinner but will be on later.

is this the kind of business diner that ends with you passed out in a hot tub? becasue those are the best.

CEOs that backed the coup realize how shitty of an idea that was after the backlash from pretty much everyone, they vote to reinstate the old exec corp which is controlled by lychton thereby showing they have literally zero back bone, lychton takes the opportunity to be smug about his amazing counter coup despite admitting he didn't understand how the mechanic worked.

so brave is back to where they were leadership wise, something good that has come out of this though is lychton is using this as way to solidify his control by making sure he controls enough alt CEOs to never be removed again and has brushed away the council more or less, not that they were relevant at this point anyways.

edit: lets see if this stops the flood of newbies

edit2: link to stream where this was all announced with some seriously annoying back ground noise and mouthbreathing http://www.twitch.tv...ial/b/648713671

edit3: christ listening to this stream is painful.... can this guy not even pull off a half decent stream.

people thought you were some crazy RPer, well maybe you are, but i think its entertaining as hell. keep up the good work

ps. for the record i put in for your initial ban after the Friday incident, but i was enough satisfied with your apology to not make a fuss when you were let in