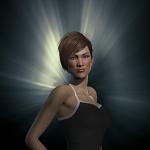 Only under the following criteria will you receive my vote:

1. You must wear a RvB t-shirt over any other astronaught stuff.

No.... Should be: James Dunford

Hi all,
I have entered the Lynx go to space competition and need votes to win... If everyone in RvB could spare just a few minutes to vote it would be very much appreciated

After initial testing and problem solving I have finally managed to add custom bases into the map via the database. Below is a short vid of what they look like and where:

Hope you enjoy the bases, for some reason the dog mod was making the server restart spontaneously so had to remove it again!

Also I took out the vehicle lift because mink couldn't do it....

well I finally got round to editing and putting together a short (but informative) recruitment video for RvB... It's not 100% how I wanted it but due to lack of playtime in EVE I think it came out pretty well and am happy with the result.

Let me know what you guys think (especially leadership) before I go posting around the interwebs!!

The style has been with me since 2009 - 2010 when I was running my own Corporation: Unpredictable Carnage (Closed) and since then has remained archived on my storage drive till now and TBH I think it works really well. I like the fact the when you mouse over the text turns black, I know it's not to everyone's tastes but in all honesty I can actually tell better that I am going to click on the KM I want too see easier

The current bar graph's are going to be changed soon™ but am still working out how to change the math part of the .tpl file so it doesn't throw up an error as it is currently doing when enabled - See this thread: http://rvbeve.com/fo...rds-discussion/
(use this thread for any and all KB questions please or PM me)

I am glad you all like it and have further enhancements to come in time as well.... Moar Stat's - Mang

Yeah sure thing, TBH it was fun being back in 0.0 and using different tactics (bubble's, scouts etc) + also having the threat of being blobbed on / Hot drop o'clock all the time was kinda pvp shake moment's through out LMAO!

Video of fleet movement is below!

(not great but still lol to watch)

Had such a blast with these guys today whilst FC'ing for blue.

Communicative, wanted to help me give the members a good all round fun fight by being honest with ship types / numbers and working with me rather than against me in achieving said goal of giving the members what they want, fair but out right pew pew!!

Vision defo gets a +9000 for me as he even let me leave in my ships (being the last one on field after a loss) so we could go back gather the troops and get back out there fighting again, I think I even broke a record of at least 4 fights within an hour ranging from a frig brawl to a BC brawl

Kingpin also defo gets a +9000 for allowing me to film (whilst in a cloaky) a pre-arranged fight after our first engagement. Really annoyed though... FRAPS didn't record

Here Is A Video Of The RvB Command Vs. Purple Fleet, Hope You Enjoy!

Best to watch in 1080P as you get to see the explosions then!