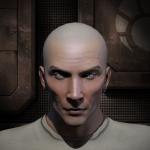 LOL, thats fine.  You still got my vote.

You too can listen and mock Khador Vess, Lady Ayeipsia, and Ophelia Yotosala!!

(just kidding, was great to have you guys on!!)

When you catch yourself wishing you had sticked with maths instead of switching to humanities for the sole reason that you want to be able to work out tracking, distance and angular velocity to apply more damage with your turrets.

Not to mention that buying things at the store give you the momentary thought of creating a profitability spreadsheet.

Wow! CCP's greatest party on behalf of the players. A major shindig for three days celebrating the relationship between CCP, their various universes, and their player base.

Who let in Walder Frey?

We recorded this episode on an off night to discusses Fanfest, the upcoming summer expansion and the reveals presented by CCP including Katee Sackoff (Starbuck from Battlestar Galactica fame) joining in the voice over works for EVE Valkyrie and the PR fiasco during the Dust514 keynote address. Hans Jagerblitzen joins us again, now free to speak more about EVE Legion, CCP Rouge and what went wrong in what was supposed to be great news for the Dusties. Congratulations to all the elected members of CSM 9! Now that Xander Phoena survived the election process, we probably wont hear the end of it.

Music this episode:
Rains of Castamere
High Enough by Damn Yankees
Where You Belong by .38 Special

Dont forget to go to iTunes and give us a rating! If nothing else, to allow us to eeek ahead of Crossing Zebras!

Too bad I didn't know about this a couple of days ago, would have given a big ol' shout out about it on the podcast!  Will definately give some promotion on the next recording.

Also, i'm sort of tied for the next week, but would love to come back and participate as a line grunt, if thats ok?

FunkyBacon was on my list until he released chatlogs from the podcasters Skype channel without consulting the people that were in it.

I will not even consider him now.

HD 30 O.o Sindel says Suck It is now live!
...and it seems to be the central theme of the show!
This weeks episode (delayed slightly by me going to the Milwaukee Meet Up) discusses some things that we would like the upcoming CSM to take to the table with CCP.  Our special guest, Sindel Pellion, joins the panel with her insites and we discuss her new player project, The Angel Project, some expectations that she must live with as far as being a Pandemic Legion pilot and Ashterothi leads us off with a tear bucket loaded with opinions!
Oh, and Suck It.
Our panel this time around:
Random McNally
Ashterothi
Fintarue
Sindel Pellion
Music this episode:
Makalu Cries and Eve Dumb Ways To Die by Sindel Pellion (with added talent by Rixx Javixx)
Links this show:
https://www.lootcrate.com/
twitch.tv/EVEill.com
Be sure to go on to iTunes and give us a rating!!
*No Xander Phoena's were hurt during the making of this episode*

EVEoLution, an EVE Online resource site, is now an official EVE Online Fansite!
In celebration we are holding an In-Game Carnival March 29th!

What it's about:
The whole point of this celebration is to help new players get settled in the game, get some free in-game items, as well as learn about some of the communities outside of the game, and all players are invited!

Any and all EVE bloggers, streamers, 3rd party app developers, website tool developers, etc are welcome to join in and introduce new players to their sites and applications! This is a party for the new capsuleers, and show them what makes this big universe so great!

The Agenda:
Starting at 17:00 EVE Time, March 29th everyone is invited to join our in-game channel EVEoLution-Online where everything will be held. There will be group missions, group roams, group mining parties, and of course in-game help for anyone and all.

Starting at 18:00 EVE Time, the first giveaway will happen, and again every hour after. You simply have to join the in-game channel, and maybe post a single comment to the blog. That's all you have to do, and with a random dice roll shows the winner! The more people in channel, the more expensive the prize! It's purely to get as many people to visit as possible, and I'm willing to share ISK to accomplish that.

In between each giveaway, lotteries will be held for anyone that is interested, as well as EVE Online Hold Em' tables!

More information can be found on the EVEoLution Site.

Shijou is a former RvB'er.

High Drag 26 is now live with an Evening with chYph3r!

BB King, the great blues guitarist once sang "The Thrill is gone."  In this episode, the beloved knuckledraggers are joined by chYph3r in a chat about the upcoming changes in Rubicon 1.1 and how the proposed changes for the upcoming point release really have no one thrilled.  He sticks around to discuss our topic, "What do you do when you hit a lul?" and we chat at some length about ideas that players can follow when their particular game play just doesn't seem to excite them anymore.  In the Yin of Fin, we do a very brief discussion of the Republic Fleet Firetail.
Our Panel:
Random McNally
Ashterothi
Fintarue
chYph3r
Music selections by:
We're Not Going To Take It by Twisted Sister
Don't Be Cruel by Cheap Trick
Grats to Seamus Gaterau and we finally use that "epic" intro!!

Fellow foreverwarriors, I am humbled to announce that the High Drag podcast has been chosen for the community spotlight.

Alright, I'm geeking out.  Thanks to everyone who is a fan of the 'cast!

Beard powah has triumphed (despite a true comedy of errors

).  In penance, I have shaved my beard for not once, but twice, forgetting to "Invite to duel" and getting concorded.

Fourth fight...Kestrel vs. Breacher (Epic McNally Kessie for the win!)

Honor fight afterwards was in Ventures.

Fifth fight...Concordokken number two.  I then shaved my beard.  Ugh....

I think I've redeemed myself with BEARD.  My next podcast duel is vs. Herr Bert of "the Daily Roam".   Dessies

Fellow RvB pilots!  I direct your attention to this blog ....

I know you bearded pilots will throw support to the good works that I shall undertake this coming Thursday.

+1 this, or just make a comment.  I take the fight to Fly Reckless!!

Banshee screeches, like tearing metal, assailed Klapen as he started to consciousness and leapt from the splintered wooden planks he slept on.  He swayed and brandished a bloodied meat cleaver menacingly at the hulking putrescent form of the demonic woman in the doorway.  “Come no closer!!” he shouted.  “I have a blade and I’ve watched ‘Gray’s Anatomy.  I’m not afraid to chop you up!!”

“Fool!” the creature howled, “You are useless to me in this way!  I will lock you in this chamber where you will recover your senses and serve me!”  The blood soaked Fury slammed the door, iron bars securing him tightly.  He turned back to bed of crushed glass and reclined, firmly holding the dull axe beneath his head .

The beautiful young love interest laughed quietly, still enjoying the image of Klapen brandishing a pillow in his tighty whitey’s.  She’d let him sleep a bit more.  Sometimes Standard Drop was difficult to come down off of.

Klapen awoke weeks later.  His mouth was dry and he felt a pounding in areas of his head that he was sure he had never owned before.  He shuffled to the door to the prison and gave it a cursory pull.  To his surprise, it ground open with a scream of rusted hinges.  Holding the blunted spear in front of him, he moved slowly down the mold covered hallway to the complexes dissection lab.  He stopped at the entrance, holding the garden hoe before him.  The 12 foot tall flaming purple walrus merely watched him, and muttered a guttural laugh.  In a movement that sent Klapen stepping back in fear, the beast tossed a scrap of mucus coated parchment at his feet.  “YOU will retrieve these items for me or I shall devour your heart and hang your carcass to dry!” howled the walrus, a sickly green flame bursting the creature’s eyes.

The love interest picked up the paper and gingerly placed it in his hand.  “Hon, if you want breakfast, you’ll need to pick up a couple of things first.”  She made a mental note of not letting him take double doses of Drop again.

The emaciated Hag brusquely grabbed his arm, burning a flaming sigil into his flesh, the scent of seared flesh permeated Klapen’s nose.  He tried to pull away but the claws of the Hag tore rents in his flesh as he pulled.  He glanced down at the list and in horror, read the spidery script engraved on it’s surface.

“Sloth, Interceptor, Nanite Repair Paste and Cake?” he wimpered.  “What vile concoction to you intend to serve?”  Serpent-like, it grabbed Klapen’s head in a vice like grip.  The Hag’s third arm revealed a glowing metal cup.  The contents glowed a sickly green and bubbled of it’s own accord.  “You will drink, and forever be mine!”  The Hag’s laughter rebounded about the dark stone chamber as the vile drink was poured mercilessly down his throat.

“Hon, slow down on the coffee.  It’s very hot.” The young love interest said, pulling out the utensils to make the morning breakfast.

High Drag Episode 16 has been uploaded and will be available when Kyle Yanowski posts it.

You can listen in on the live version while it's being recorded at www.twitch.tv/lokiforloki (Zao Amadues' live stream) this Wednesday at 2000 US Central time.  (maths are hard and you'll need to figure out how that corresponds to your time zone)