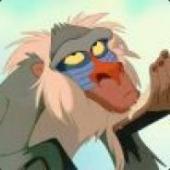 The shooting FC's thing is posted basically as a rule here http://rvbeve.com/fo...ase-read-first/

which is where the confusion is from I bet.

Yeah giving perspectives and feedback of the event is for the staff to help improve things, it's not whining, you can't disagree with a perspective because its a perspective, there is no objective answer.

Not even posted as a rule.

Rules are 1-7, as per the image at the very top.  "What we expect from you" is more of a set of suggested behaviours? (Word is on the tip of my tongue!).

Anyway, maybe thats more of the messaging we need to make clearer in between trying to be active in game and all the rest of things :S

Threw a little mini event into the mix just now.  I gave up 2 apocs to a horde of t1 frigates that also had to kill each other too - fleets or otherwise - seriously great fun.

GLORIOUS PEOPLES CEO OF THE ELMO REPUBLIC HAS GONE ROGUE

So Elmo's and Smurfs.

You all united to kill my battleship, as I was apparently breaking the rules of the weekend theme. How dare you think you can impose justice on one such as me. I am a VERY IMPORTANT SPACE CELEBRITY. Capsuleers such as I are above your puny laws, especially when I wrote them.
Find me again. Same rules as last time. tech 1, none faction or tech 2 frigates, and this time we'll see who laughs last.
I DARE YOU. I DOUBLE DARE YOU.

A good few kills happened thanks to my hubris.  Lots of good chat around this, was great sitting on comms listening to folks having a blast.

I said my own short farewell to Drac here: http://mangala.rvbga...well-my-friend/

If you wish to make a donation of somesort, details of the family's recommended institution are there too.

Dracoth passed this away this morning.

RvB offers new players several opportunities for assistance in learning pvp. Two of those opportunities are our support in the form of Skill Books & Ships.

You can request these items within 90 days of joining RvB.

All requests for either item must go through Hormone1971, Jiny, Ophelia Yotosala or Scyleth. If in doubt or you don't get a response within 48 hours, contact Jiny or Delucian.

There are 4 different “starter packs” you can choose from, which are separated racially. These starter packs have 3 of each racial combat frigate, and one destroyer. The ships are intentionally not fitted as it both saves RvB Command a lot of work

but most importantly gives you, the newbies, a chance to experiment with fittings instead of simply flying a fit which you have no fitting knowledge about. Trial and error is the best way to learn anything and it is our hope that these starter packs will enable new players to go through that process, at least a little.
Of course its a good idea to ask for help with fitting and that's what the RvB Community channel is there for, but each time someone suggests you make a change to your fit, make sure you understand why its a better fit for it, in this way you will truly learn how to play EVE and not simply become a “F1 monkey”

. The starter packs currently available are listed below, to request one simply mail one of the people indicated above with which pack you would like and it will be contracted to you.
Important info
- This is a one time offer to new members, meaning you can only receive the Ship Starter Pack once, After you've explode those ships, you can use these corp programs to purchase / claim more ships..
- Contracted ships can be picked up at the HQs
Available Ship Packs:
Spoiler
Quantities are subject to change depending on demand and stock.
Amarr
3x Punisher
3x Executioner
3x tormentor
1x Coercer
1x Dragoon
Caldari
3x Condor
3x Merlin
3x Kestrel
1x Cormorant
1x Corax
Minmatar
3x Rifter
3x Breacher
3x Slasher
1x Thrasher
1x Talwar
Gallente
3x Incursus
3x Atron
3x Tristan
1x Catalyst
1x Algos
Skill Books -
RvB offers skillbooks to new pilots. This program provides a good list of core skills to train to make you a better, more well-rounded PVP/RvB’er and a way to train them without impacting your ISK flow. Please be reasonable and get what you really want/need to train and what will enhance your PVP/RvB skills.
Available Skill Books:
Spoiler
Armor:
-Armor Layering
-EM Armor Compensation
-Explosive Armor Compensation
-Hull Upgrades
-Kinetic Armor Compensation
-Mechanics
-Remote Armor Repair Systems
-Remote Hull Repair Systems
-Repair Systems
-Thermic Armor Compensation


Trade:
-Contracting
* These skills are available based strictly on donations and availability is not guaranteed.

PS, all of you +rep Timmeh!

This man speaks for all of us.  Eloquently put Timmeh!

RvB, thanks to our vast POCO empire, is able to offer weekly events that feature reimbursement of a specific class of hull. Currently these events see Cruiser and Battle-cruiser hulls reimbursed. Thanks to a timely post by Tele (cant believe I wrote that), I acting in my capacity as Event Surpemo & fledgling CEO of RvB want to look into the validity of offering a regular Battleship hull reimbursement event. Not on a weekly basis, but certainly on a monthly basis at least (maybe every other month if the cost is a little high!).

As part of looking into such an event, we will be holding a teaser on Sunday 8th February at 18.00 EVE Time.

This will be a Red v Blue event, with Red FC'd by me and Blue FC'd by Telemachus Rheade. As the FCs of this event, we will be deciding on the ships and so on that our respective fleets will use.

Reimbursement will work slightly differently for this teaser event than it does for the current lineup of events:

tl;dr is in 2 weeks we have a BS event. Watch your corp mails for details of what your appointed FCs require in the way of ships and so on.

Please comment on individual videos in the linked threads.  Note, Lasse cannot edit his as he is now travelling overseas for the next few months.

The videos to vote on are:
This is Merlin by Lasse Farnsworth
This RvB II by Catalyst XI
EVE is RvB by Alphae

I can't wait to see the vertical VHS recording of Delucian's CRT monitor.

Old merlin thread was 2 years out of date.

This thread is now linked from the ship fitting central post.

Those of you who are socially aware will have seen that this past Friday, CCP released a brand new trailer for EVE. This trailer, entitled "This is EVE", features very heavy use of player comms from actual events in the game.

Thanks to this unique take on the traditional trailer, the past few days have seen thousands of people either try out EVE, or return to EVE as it really is one of the best gaming experiences one can have. RvB has even had a slightly larger than normal upswing in applications. However this is where WE IN RvB DROPPED THE FUCKING BALL.

Right now, HERO, EUNI, PL, GOON, and a myriad number of other groups & individuals are out there soliciting these new bros and welcoming them to our community in a ton of ways. From helping out in Rookie Chat & Help Chat (ive been happily ensconced there for example), to leading impromptu classes, roams and giveaways; Inviting them to their corps and giving them ships and isk to simply throw at the game to make their trial experience so much better and hopefully turn them into subscribers (MORE TARGETS!). More importantly, these same groups are running rampant on EVEO, Reddit, twitter and lord knows elsewhere, welcoming the new bros with open arms, answering questions and soliciting for their corporations/favoured corporations.

You know what we were doing? Bitching about each other (causing command more work this past weekend than the previous four before it), whining about mumble, and generally being ignorant to the fact that something GOOD was happening out in the world (Maybe pvping a little too). Something that a group like ours should be all over like white on rice. A ton of new players coming to the game looking for experiences of fleets and activity as they saw in the above trailer? Who better than us to be able to offer them fleet access and a taste of pvp pretty much the second they step out of the tutorial?

With our FFP (And some newbfleet skill books), it would simply be nothing to pick up a few cheap frigs and pass them a newbie you just sponsored into RvB for their trial duration. Then get them into a fleet, and give them a little how to, then get them blown up! Rinse and repeat while giving them all the advice you wished you had been given. But no. We missed out.

However as many of these guys have 3 week trials, you still have plenty of time to get out there and get these people interested in RvB and what we have to offer all players even the bewildered newbie.

Now to the soon to be here nay sayers:

1) I never got that help. Why should I help them?

Idiot. Did you fall over and hurt your head? Did your mom not breastfeed?

Who cares what you did or didn't get, whats important is getting out there and getting these bro's hooked TODAY. (ANd seriously I bet you would have appreciated the assistance too)

Hell, get them to join the opposite side just so you can have more targets for your over tanked station camping ass.

2) Giving them stuff presents the wrong view of the game.

I do not disagree with this, however the community itself seems to not give a shit about that as every gift is leavened with the advice that eventually these newbs will have to make their own way. That is then followed up with advice on how to manage for themselves. Whats key is getting them hooked and 3 weeks of mining/level 1's to make a little isk is a shitty hook.

GET THE FUCK OUT OF RvB. I am serious. You do not belong in this community.

4) I don't do social media/do not have time for forums.

You always have time for that, do it while taking a shit, or commuting, or sitting in class. Do it instead of writing this weeks mediation post about x dude you do not like for all I care. Reddit won't bite, neither will EVEO.

5) What have YOU been doing Mang?

Living in Help chat either with Mang or one of my alts; Some forum posting; and of course schilling NPSI groups on Reddit. All while trying to work and sleep too.

Overall doing this is better for RvB (and each of us as individuals) than not doing it. Shows us off in a great light and ups our community presence.

Even 1 new member who gets shown the good of RvB (and despite my words here, I know you are all good at heart) is better than 1 new member going somewhere else, or simply leaving the game after their trial is up.