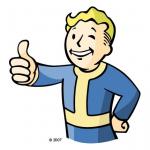 For me, RvB was always a finest example of "sandbox gaming" mentality. You know, sov holders in null-sec, faction warfare combatants, mission runners, industrials, even miners - they all have goals and incentives included into core Eve game mechanics. To put it short, a lot of the capsuleers in Eve play the gameplay CCP made for them.

And just like wormhole dwellers invented their own "emergent gameplay", bent the rules, and did what was not intended by CCP, RvB did similar thing. RvB created "sandbox within sandbox" game, with its own rules, its own restrictions, its own incentives. Basically, RvB can be loosely considered as a separate game within the realm of Eve Online.

And that exact fact is what fascinated me during the years I spent in RvB.

If it's truly an end (although, it might be just a temporary leadership/membership crisis, who knows), then all I can say is "It was the happiest part of my Eve Online time! and, by the way, Thanks for All the Fish!!!"