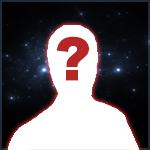 I wonder though with all those security programs aren't you more at risk of getting issues with your PC? I mean, obviously those programs will be running a certain amount of load on your PC all the time, and you might have compatibility issues from 1 security software to the other!

Will this be streamed to the RvB Twitch channel?

I would love it to be, especially if there are "practicals".  Having RvB at the forefront of such resources - especially in the visual media - would be a huge win, and tie nicely into the fact I want that channel utilised more (actual post on this to come).

To answer to that, If I make it to the event I will be streaming it. But then it's a 50/50 chance I make it

Here is a little suggestion to help balance the odds and improve different concepts.

Implement the use of flagships:

If a team decides to use a faction ship and not flag it. They need to count points according to a multiple of it's grade.

This way if a team wishes to field 2 VNIs they can, but they would basically be able to field only 3 people since, it is more advantageous to flag your VNI, pay the regular amount of points, and then match it with something else. In addition teams that flag a ship cannot use said ship again in a tournament as a flagship. It promotes variety and newer concepts

It's more work for the management team since they need to calculate points more in depth, but IMO if you start getting teams ready 1 match ahead of time it gives them a little bit of time to chill and relax on the safespot. Say when fight A starts, have Fight B warp to the safe right away, when fight A is over, take 2-5 min to clean field and land Fight B, etc... Much faster cycle less dead zones on the commentary, and potentially more fights overall, which is what people are here to watch! The little screen with the planet was nice, but it sorta gotten boring after 2 days of staying 90% at a little animation then getting a short fight. It would prevent delays, that potentially impedes on the schedule (even though it was pretty much on time) but it will prevent the "okay we will be ready in just a few more minutes"

it's still TBA, we are starting by taking a list of people who would volunteer, and then we will find trainees to match them. After we get 2 pairs a fight is organised according to everyones schedule with enough time for RvB members to schedule for the event, and bingo!

Hey folks, today's stream didn't happen. I had a RL issue, and got delayed of 2 hours (totally didn't lost myself in the middle of nowhere in the backcountry of Quebec... Totally didn't do that.)

So I have revised my options, and I believe we will be pushing this to next sunday at 23:59 EVE TIME.

This time I won't fuck up!

Hey fellas of smurfs and elmos. Last time we called it "FC Talk", it happened once, was fun and we didn't really think of it happening again. BUT! it will. Starting from now on, we are aiming at a monthly series in which we talk for 1 hour about different aspects of leading fleets. We are planning to have many more famous guest to the stream. We hope that this will be an exciting adventure for both us and you!
Stream schedule:
- October 5th 23:59
Subject: Small gang roam and fighting outnumbered
Special Guest: YES
Duration: 1 Hour
- November 2nd 23:59
Subject: To be decided
Special Guest: YES
Duration: 1 Hour
If you aren't seeing the pattern yet, it is happening every first Sunday of the month at 23:59.
We hope to see many of you there to listen, for those from the EUTZ we are sorry that it is hard for you to attend but it will be saved and uploaded on youtube for further reference!
Twitch address:
http://www.twitch.tv/rvbeve

with the right buyer you can get around 20 bill. Find someone who is interested in buying a pvp alt, show him the skills and ask for 25 bill. Make negociation, etc.. you will get a good 20 bill in private nego. If you go public on the forums expect around 13 bill at best

Funny how I suggest you read four political philosophers that have written on the legitimacy of government and you consider this a flame. Pretty much all the points and questions in your original post are adressed in these works.

Come back once you've read some [] instead of some ~stuff on the internet~.
Instead
Here are some good reading you should take a look at, [] it should help with your understanding.
Being cocky, and acting all superior with your book is flaming, it's not the message, but the way it's delivered.

Do captains recruit their own team members, or will you just sort out people?

x Put me where you need me.

posted on EVE-O forums for public image and stream attendance

bumpedy bump, everyone remember this is tomorrow at 23:59!

Added the RvB Banner, and I assume you want a key that lets you broadcast to the RvB Twitch acct, which we prefer RvB streamers broadcast to? Hit me up as per the linked post if you do.

On topic, good idea I like it, and while I think doing it on a week day is a bad idea as I needs to be up 3 hours after this ends! streaming it at least ensures a record is available (especially if you then highlight it and add that to Youtube).

Additionally I would advise that you transcribe the Questions and the Answers from the QnA session after the event to your OP. Something that can be moved over to the Flight School as a learning tool.  Seriously, not transcribing all questions and answers would be a travesty, ensure you do it. (It may well be that the video gets lost, it never makes it to youtube and so on, so a transcription of the questions would rock)

Maybe allow questions from those of us unable to make it, that you then address in the QnA?

Changed title to "Intro To FCing and QnA Session" as that reads better.

Thanks for you hints Mang, I also had a hard time finding my own thread, now I know why eheh.

I will definitely get a transcript. For the players who can't attend but would like to ask questions, they can mail them to my main character "Corniel Azizora" through EVE. They will be answered during the broadcast.

I will also write a resume of the whole thing, giving the main points, and add it to the other guides i've already wrote for RvB.

I will be hosting an FC talk this week, with the main subject being how to begin as a noob FC. This will hopefully help improve the small amount of leaders we have among our ranks. If you are interested I am looking for Co-Host. Essentially people to talk with, and elaborate on subjects. It will be happening during the week, at US TZ. Aroun 00:00 EVE time. It will not interfere with any currently set events.

I will also be inciting people to listen, and learn from the talk. Duration will about 1h to 1h30m. We  can push longer if necessary.

Put a comment bellow if you can make room to attend, I will be posting an official date/time in a few.

So either midnight 21st or first time 22.

In light of recent events I suggest you call him by his proper name.

Can we pls turn this into a special title for delling?