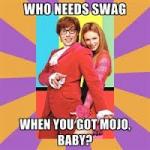 Just a note to let you know Shaggy is leaving RvB to try some stuff I haven't done in Eve yet, namely joining Osmosis out in nul sec and experiencing all the good and bad stuff out there.

That said, I am totally hedging my bets and keeping my alt, Sharrow Vatuiel, who recently moved into red fed from a low sec pirate corp, in RvB.

So I am not really going at all, just letting you know of the name change.

See you in fleet as Sharrow.

So, if you are involved in the meta you will hear, from time to time, and again with the recent industrial changes, that Eve is dying.

You may even have heard that in the RvB fleets from the odd bitter vet or two, or at least that things aren't as good as the good old days.

Well I wouldn't know about the good old days, as I am a relative newbie, but I do have a view on whether or not Eve is dying. Read all about it, and some of the recent debate, on my latest blog post:

I was a big Banks fan and am still saddened by his untimely death.

I have read all his culture and non-culture SF books (many twice) and most of his 'straight' fiction (though on occasion he blurred the lines wonderfully) and only have a couple of titles to go.

I have looked forward to his new releases for almost two decades now and their absence leaves a hole in my reading schedule and enjoyment.

I read plenty of other authors, and I suppose the one who comes closest to Banks in terms of my level of anticipation is Richard Morgan, but it drives me crazy how long he takes to get a book out! I am trying a couple of new SF authors at the moment (Ann Leckie - Ancillary Justice, Kameron Hurley - God's War) and have just read John Meaney's Ragnarok series, but none of them quite hit the mark

So, tldr, to any other Banks fans out there, what are you reading that approaches the sophistication, breadth, depth and sheer enjoyment of one of his novels? Would love to hear your thoughts, suggestions.

I hope it is the first of many. I do not have the depth of experience in this game that many of the player content creators out there do, but I have really enjoyed my first year (well nearly 11 months) in eve, and my time with RvB. I hope to continue to build my enjoyment of the game, try new things and blow fellow pilots up as time goes by, and share some of that with anyone who cares to read it.

A lot of new players seem to get driven away by the negativity and difficulty they perceive in the game. I am happy to say my experience has been quite the opposite, and as I mention in the blog, thanks to you all in RvB for making it that way. This is an awesome organisation, lots of fun and a great place to find your feet and grow eve.

By the way, I am a techno incompetent, so if I want to make that link read as "Shaggy's blog", or "Yeah Baby", or "Sharing the Love" or whatever, how the fuck do I do that?

Finally, thanks to the guys over at multiplexgaming.com (who are the host of the podside cast) for hosting the blog on their site.

Thanks for bringing the BIG ships

In fleets and as an occasional FC I have noticed that there is a tendency to sook up a bit on the part of some pilots if the opposing fleet has bigger ships.

I must admit, I have been guilty of this myself. Yesterday I was FCing a 10 person (or so) Red fleet and thought we had an understanding with Blue via the community channel that we would fly cruiser down. We landed on their fleet and they had some bigger stuff. I had my little sook in community, a blue apologised for any misunderstandings, and I did what any good FC should do after such an encounter - asked my guys to ship up!

And we did, and then they did, and then we did again. In the end my fleet (subsequently also FC'd by Mithrawn'arudo) killed a Drake, an Gnosis, a Hawk and a 1/2 a bil Vaga as well as heap of other stuff. We lost some good stuff too, and it was terrific.

To those of you who brought the big ships...thank you! Please keep bringing them.

I have been in several fights over the last few days where we have just kept escalating and they have been great. Not necessarily big fleets in terms of number of pilots, and still some of us flying little ships, but the preparedness of people to bring some big stuff has made the fights awesome.

Special mentions to Blue's Shilz for these ships that I was lucky enough to be in on the kill for:

Gfs indeed, and to Red's Mithrawn'arudo for, amongst other great ships brought into the fray, this:

I am but a humble 18m sp character, but in the last few weeks I have transformed from being timid about shipping out of a frigate into a dessie to embracing my vexors and being the proud loser of three Myrms as we escalated fights. I don't know if I will ever have the wallet or the balls to drop a 1.5 bil Cynabal into an RvB unarranged chaotic fight but I sure hope so!

So congratulations to all you BIG ship bringers. Bah Humbug to all who complain about being out shipped. There is one answer, up ship!

Keep up the good fights guys, I am loving it.