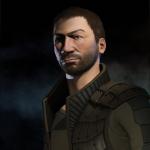 The Original post has been updated so re-aquatint your selves.

Tweek
I'm new to pc gaming so i play a bit of nothing.
Planetside2
Chivalry
If its free 2 play ill do it

Sorry to my fleet for being distracted. But you all understand (I hope) being my first potential scam and all.

So my weekend started rough. Friday night (US west tz) and most of saturday was spent with me raging in Red corp chat at my corp mates to actualy do something RvB related. But come saturday night, numbers on both sides settled out ( blues seemed a bit slugish) and fun was had. I thought www weekend was going to be terribly difficult, But I'm enjoying it.

N.A.P Relaunched
The N.A.P ( Noob Adoption Program) Is here to match new players with experienced players. Because every one learns differently. This will give the new players a one on one setting, in hopes to not flood a noob with info.

Matching methods do not affect noobs.
Currently there are two options.
1: You can handle the matching your self.
2: You can have me do it.

If you choose to do the matching your self then the process is easy. You contact the new player that you think could use you knowledge, then contact me so i can up date the roster.

If you would like me to do the matching then all you have to do is keep an eye on your mail.

Please post your character name, corp, the common times you play (eve time), and approximate time in pvp or "X" profession (also identify your self as Vet or Noob),
"Vet / noob" is not an option. Either Noob or Vet.


You as a vet or new player, are not forced to stay together. At any point you can request a new mentor or noob.

THINGS TO REMEMBER:
Noobs are poor, they may need a financial boost every now and again.

Wikis make noob brains melt. Try not push your noob to wikis. Although sometimes it is necessary.

New players should remember to ask the questions, no matter how stupid.

Feel free to Eve mail me suggestions or questions.

Ok, so the day started rough. I started a fleet for those of use that stayed out of the Low-sec events. Well we had blown up this guy http://rvbeve.com/re...l&kll_id=483117 while Purple was on. Well I went a head and paid the guy for our mistake and moved on.

Then the low sec groups came back, and despite a ruff start with communications and a possible crisis ( for a noob in eve, it felt like it could have been one), I think I pretty much told Kikkio to Blob us...And he did. I started out FC'ing and had scouts out. They found 'em and I warped us in at a extreme distance, which accidentally helped me realize what was going on. So we warped in on the Blues who were burning toward the gate. I got a few targets called and killed and they then blew me up. So an extremely brilliant guy took over and started using our miss-matched fleet for kiting. This worked sooo well the fight went on for an hour and a half unfortunately we had been bested and scattered off. How ever some of their greedy members stuck around to loot the left overs, so we warped in on 'em and once again our Motley crew kitted our way through for another 2 hours! (granted I'm doing my best reading the kill boards for the times, its very possible it was shorter than that) But what made this night the best was that it wasn't arranged, No one, at least on our end, was crying about misrepresentation, FC deaths..or what ever else people find to complain about.

Although I enjoy having ships ready to buy and fly, FCing people, who are far smarter than me, to thier death and taking part in awesome events. But there has to be more that a noob can do. Not just for lolz, but to help RvB.