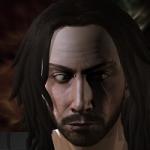 Xavrok hasn't added any friends yet.

TLDR: Im a DA nerd. DA:o was a pause and play rpg not an action rpg.  DA2 was turned into an action JRPG (JRPGs suck) and the designers moved away from what made the series great. DA3 is being marketed as like a mix of origins and 2.

I'm a huge DA fan.  Played the pen and paper with a few friends and got more then 150 hrs into DA:o trying to beat certain solo challenges on the bioware forums...mainly just solo nightmare challenges using various classes(Ranged Rogue was the easiest).  AI in DA:o was way better the DA2 when the difficulty changed.  NPCs choose different reactions to your actions.  Yes the dungeons were long and combat took hours, but the game emanates P&P rpg into a digital form.  The idea behind DA:o wasn't the action, it was the strategy and story.  Your choice had consequences that later effected other choices you made.

But to me DA2 was a huge let down.  There was no challenge in making the game more difficult.  The only thing that changed was that enemies did more damage.  The combat is based around movement and over exaggerated combat attacks.  The only times to pause combat was to make sure your allies didn't drink all your potions.  They moved away from the customization and unique character dialog to change it into a cut and paste Final Fantasy style story and an asian style action system(btw i don't like jrpgs).  IMO JRPGs and most modern rpgs shouldn't be classified as rpgs.  What Role did you actually play in DA2.  Could you make more then one choice that effected the overall all storyline.  DA2 you get 2 choices throughout the game. Mages or Jerks.  DA2 became extremely linear and you saw the same maps over and over again.  Idk if yall saw this with mass effect, but as the series progressed, you were given fewer and fewer choices.  The series became less about story and more about instant gratification and action.  I know there is a little more then this but i don't want to spoil the story for anyone that actually wants to play this.  The game became and action smash the attack key game....far, far away from its origin.

They've also boast that in DA3 they weren't going to reuse maps like they did in DA2 and that one of the maps in DA3 is as big as all of DA2's maps put together.  They also said they were mixing the 2 games combat styles.  Hopefully more like origins then 2.