69 replies to this topic

As you can see from my recent shouts in our shoutbox, I have some hope that we will reach a milestone in RvB, that milestone being 100,000 Reds killed by Blue, and 100,000 Blues killed by Red.

Now we are quite aways off this, however I am stating here and now that the pilots getting the final blow on the 100,000th kill of the other side will get 1 BILLION ISK each.

Yes thats 2 billion isk set aside for this mile stone when we approach it.

1. The billion isk goes to the pilot who gets the FINAL BLOW should there be multiple pilots on the 100,000th kills;
2. Its only for kills of Red by Blue & Blue by Red, not 3rd parties or anything
(We'll reach the 100k regular milestone first Blues are at 82k total kills, Reds are at 76969 total kills but I am not paying out for that).
3. Faggotry will be ignored ie no kills that are too obviously gaming this event will be counted. I'll find the closest legitimate kill and choose that.

RvB will be matching my prizes.


Blue winner is Riphlan Tor (and his buddies in fleet and his victim of course) for not getting involved in any rigging and generally pewing well and in the spirit of RvB rather than EVE.


Red winner is Sinderus (and his buddies on the mail) for this mail which came during a fight in the last 3 kills of the 100k!!!

Wow, i bet lots of players will be online when we get close, trying to get the prize

that a pretty big poll off isk, mabye a corp swap would be in place when the blue prize is won

Imagine the moment when there is something like 50 kills to go. Everyone is going to go nuts. Looking forward to that ^^

Imagine the moment when there is something like 50 kills to go. Everyone is going to go nuts. Looking forward to that ^^

Aye, its going to be bloody, very bloody. 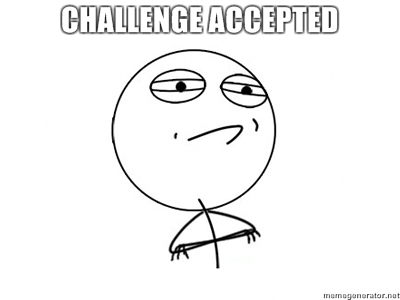 I will put up my personal stash of exotic dancers for a prize to the 100,000th victims.

Am i able to add to the prize pool.

My Skills
My Kills

Get to your Taylor Mobiels & align to the sun

Am i able to add to the prize pool.

My Skills
My Kills

Get to your Taylor Mobiels & align to the sun

Remember guys this wont be for a few months (id say july at the latest based on how much we kill every month recently), but the more you kill the quicker it will happen.

Edit: All additional prizes will be added to the OP when I stop being lazy

Looks like I flying in fleet more often now....

I'm a walking nightmare, an arsenal of doom
I kill conversation as I walk into the room
I'm a three line whip, I'm the sort of thing they ban
I'm a walking disaster, I'm a demolition man

My money is on Patrick for red and Mangala for blue (he will cheat some how by using his director powas). Fight the good fight Pat \o/

Why would I want to give myself 1 billion of my own isk?

Any Red wants to buy 18k Condors and just come at me in a random system? I'll split the isk with you!

Any Red wants to buy 18k Condors and just come at me in a random system? I'll split the isk with you!

I was just thinking this but with shuttles.

Just an update on this.

Blues are closing in fast with under 8000 Red Kills left to get before some lucky blue guy gets the 100000 kill of a red fed member.

How will you determine who got the payout kill?

Back to General Chat